While modern vegetarians with an interest in the past may well know that a diet excluding meat has a long and honourable history, most of us tend to believe it is a fad of the middle years of the twentieth century. Those who think back as far as the beginning of the last century will remember that George Bernard Shaw was an advocate of vegetarianism but are still likely to think of it as a diet choice. The reality is that there has always been much more to it than that. Certainly in the nineteenth century, for some practitioners at least, it had a more radical sub-text. Before the nineteenth century the main argument for a vegetarian diet was the moral one. By the middle years of that century the organized movement seemed increasingly to be centered around a romantic sentimentality.

Health was one of the great obsessions of the Victorians. There were frequent and devastating outbreaks of disease during the Queen's reign. If it wasn't influenza, it was typhus, if not typhus, then cholera. And if that wasn't enough, there was always the possibility of acarlet fever or typhoid.

We can clearly see two streams of thought in support of vegetarianism. The first is medicinal, arguing that a diet which excludes meat is better for the health and more likely to help in the avoidance of certain types of disease as well as having curative properties. The other, even amongst medical practitioners, is essentially a moral argument that it is immoral to kill and eat animals.

The earliest reference to the term, "vegetarianism" is cited as 1851 in the second edition of the Oxford English Dictionary and was found in Robley Dunglison's, Medical lexicon; A dictionary of medical science where it is described as "a modern term, employed to designate the view that man..ought to subsist on the direct productions of the vegetable kingdom and totally abstain from flesh and blood." However, "vegetarian" to refer to one who engages in this diet has many earlier examples of usage. In the earliest years of Victoria's reign, in 1839, the actress Fanny Kemble was commenting that if she had to do her own cooking she "should inevitably become a vegetarian."

While there has always been a degree of antipathy between vegetarians and non-vegetarians, it seems that both groups believe that the vegetarians are taking a position on the higher moral ground. This is evident when as early as 1854 Hugh Miller, in his Schools and Schoolmasters, argues that "a man can scarce become a vegetarian even without also becoming in some measure intolerant of the still large..class that eat beef with their greens, and herrings with their potatoes." And by 1885, one writer noted that "even those who used animal food themselves came to think of the vegetarian as one who lived a higher life."

Of course those who were meat-eaters; to use a term which seems to carry less odium than those used by the more radical Vegetarians, argued just as strongly that it was healthy to eat meat. In addition they frequently argued that meat eating was an economic necessity. An editorial in The Times on Christmas Day, 1850, begins, "the laws of the human economy demand that we should consume animal food." The author then goes on to point out that the animals that will grace the Christmas table are subjected to terrible conditions and argues for the amelioration of these and the improvement of sanitary conditions under which the slaughter takes place. Frequently vegetarians argued that it was possible to have a better, and certainly cheaper, diet when one excluded meat. On the 24th of December 1878, William Gibson Ward, writing to The Times as "the oldest Vice-President of the Vegetarian Society" argued just this point and included a simple recipe for lentil soup which he described as "the cheapest and best soup, pleasant, nutritious and wholesome." But somehow, considering it was Christmas Eve on which the recipe was published, one is left with the distinct impression that most people would be having a traditional Christmas dinner. Five years later, on 7 December 1883, T. R. Allinson wrote to The Times arguing the lower cost of a vegetarian diet and its greater health benefits.

Those who supported the more radical view of vegetarianism often tied it to man's inherently warlike nature. A report in The Times of the fifteenth annual meeting of the Vegetarian Society on 5 September 1862, indicated that

a lengthy report was read, which stated that in one phase of the vegetarian question popular feeling and opinion had been upon the whole decidedly adverse, and that, as with other beneficial movements, its progress had been retarded by the present position of warlike and military preparations. While men were engaged in encouraging, without compunction, and even with studied delight, the destruction of human life produced by war, it was useless to expect any consideration towards the lower orders of animals.

By the 1870s, the battle lines appear to have been more clearly drawn. At the 1874 meeting of the Vegetarian Society, one speaker used terms like "blood-lappers" and "patronizers of slaughter-houses" to refer to those who ate meat. But even in their own meetings, Vegetarians clearly did not always have it their own way. At the same gathering, a gentleman was invited to the platform where he protested the language used.

He empatically repudiated, as an Englishman, the statement that he was a "blood-licker." He ate beef and mutton ; and if he had been one of the 5,000 who were fed by the two fishes, he should never have refused the food which the Lord gave to His people. He might be wrong ; but he must say that after what he had heard in favour of vegetarianism that night, he left the meeting less inclined to become a vegetarian than when he entered to room. 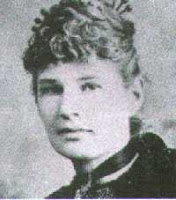 Anna Kingsford, in the 1880s, clearly reflected a similar view. Kingsford was a spiritualist, an anti-vivisectionist, a Theosophist and a Vegetarian. In 1872 she became the owner of The Lady's Own Paper and in 1880 after passing all of her medical examinations in France wrote, as her thesis, "De 'l'alimentation végétale chez l'homme" later published in English as The Perfect Way to Diet. In a lecture given at Girton College in 1882, she accused "the modern advocates of flesh-eating and vivisection" of "making ... the practice of the lowest in the scale of Nature the rule of the highest, and abasing the moral standard of mankind to the level of the habits of the most dangerous or noxious orders of brutes." Clearly Kingsford was speaking not as what today would be described as "a health professional," but rather as an advocate of particular social doctrines.

G Yeates Hunter probably gave the view supported by most Victorians. He wrote,

It is very far from my purpose to depreciate the value of vegetables, but I would caution the public against being led away by the outpourings of a fervid imagination, which mixes up in a hotch-potch and bears away in its wondrous flight thrones lentils, game preservers, and haricot beans. However, I think the common sense of your readers would rather tend to set them against a form of food or character of diet which would seem to heat the brain and produce such fevered effects.

To read about Anna Kingsford in the Archives of the Vegetarian Society of the UK, click here
A description of Victorian vegetarian restaurants and their menus can be found in the middle of the page reached by clicking here.
Posted by Dr Bruce Rosen at Sunday, June 15, 2008

Anonymous said...
This comment has been removed by a blog administrator.
6:51 am