The First Jew to Take a Seat in Parliament 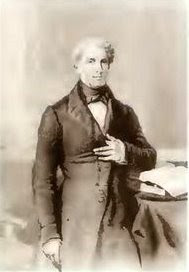 Salomons was a newcomer neither to politics nor to public life. He had stood unsuccessfully for Parliament on no fewer than three previous occasions. In 1837 and 1841 he had unsuccessfully contested Shoreham and Maidstone respectively and in 1847 had failed yet again at Greenwich. And although Rothschild had been elected five times in the decade between 1847 and 1857, he had been denied his seat for his failure to swear the oath of abjuration “on the true faith of a Christian.” Salomons had made clear his objections to this sort of thing before. In 1835, and again in 1844, he had stood for the court of Aldermen of the City of London and while elected in both instances, his objection to the form of oath required meant that he was unable to take his seat.

Unlike his cousin who had, in a most gentlemanly way withdrawn after making his point, Salomons decided to try a different approach. After his election in 1851, he took the oath, simply leaving out the words “on the true faith of a Christian.” After taking his seat, Salomons voted on three divisions. The House of Commons debate that followed on from this was extensive and, would, at times, have bordered on the hilarious had not the issue been so important.

The question, put to the Commons on the 2nd of July was, "That David Salomons, Esq., is not entitled to vote in this House, or to sit in this House during any Debate, until he shall take the Oath of Abjuration in the form appointed by Law.” Clearly the issue was twofold. The first, and more technical issue, was whether or not the words that Salomons had left out were a necessary part of the oath which he took and by his failure to recite them he made the oath null and void. The second and broader question; and the one which many of those debating the issue hoped to avoid, was whether a practicing Jew should be a member of the Parliament of the United Kingdom, a "Christian" nation.

The previous year, the Member for the University of Oxford, Sir R. H. Inglis, a devout evangelical Christian had "tenaciously adhered to the notion that until Baron Rothschild abjured Judaism and professed Christianity he was not entitled to be spoken of, even in courtesy, as the hon. Member for the City of London," and while he reconsidered his position, it is likely that there remained many who shared his earlier views. T. E. Headlam, on the other hand, thought the whole matter was absurd. The oath was "utterly unsuited" he argued, "to the present time; had become entirely obsolete, and ... it was not desirable for any reason whatever that it should be retained." "The oath," he went on,

"was worse than useless—it was most objectionable to compel Members when they first entered upon their duties in that House, whether they were Christians or Jews, to go through the solemnity of taking that unnecessary oath: it was a practice calculated to impair the idea of the sanctity of an oath, and to weaken the sense they would otherwise have of the engagements which upon such occasions they might fairly be called upon to enter into. If the oath itself was obsolete and unsuited to the times, the mode in which it was taken was still more improper, and, in his mind, approached even to blasphemy. In the first place, they handed to a Jewish Member coming to the table of the House an Old Testament, thereby recognising his denial of the truth of Christianity, and then, after recognising his denial of the truth of Christianity, they called upon him to swear upon the true faith of a Christian."

As a result of taking his seat and voting, an action was brought against him in the Court of Exchequer on the grounds of having presumed "to sit or vote without having taken the oath in the manner prescribed." The penalty for each breach was set at £500. The decision was clear in law and it was found that Salomons was guilty. He immediately appealed to the Court of Exchequer Chamber and the appeal was heard in 1853 with Sir John Campbell, Chief Justice of the Court of Queen's Bench presiding. Commenting on the decision reached on appeal, Campbell told the House of Lords,


"We heard it elaborately argued, and I, for one, formed my own opinion. I was clearly of opinion that the judgment of the Court of Exchequer was right. In both Houses of Parliament I have voted for the admission of Jews to Parliament. I thought that the law by which they were excluded was unjust, and I have therefore, on all occasions when the question has been introduced, voted for their being admitted constitutionally and lawfully. But sitting as a Judge, in which capacity I had not to make but to declare the law, it appeared to me that the arguments of the three Barons who decided against Mr. Salomons were unanswerable, and that it really was the intention of the Act of Parliament, when read and fairly construed, that no person should be allowed to take that oath except in the manner which is prescribed by the Act of Parliament."

Certainly Salomons had brought the issue of admission to the Parliament for non-Christians to the forefront of political debate, but the price exacted against him was indeed severe. He was fined £1,500 for having voted on three occasions and as a result of his conviction stood to suffer civil penalties including becoming "liable to deprivation of the right to be a party to any civil suit, to be a guardian of a child, or an executor, and to the loss of several other rights of citizenship." Government action, however, removed all of these liabilities with the exception of the fine.

Over the following years numerous attempts were made by the House of Commons to remove the passages in the oath which kept Jews from membership in the British Parliament. All of these efforts were continuously obstructed by the House of Lords until, in 1858, a compromise was achieved which allowed each house to determine the nature of the oath required for admission. Thus it was, that seven years after Salomons first took his seat and voted in the Parliament, Lionel de Rothschild took his seat in the House and only a year later, at the general election that Salomons was returned from Greenwich, the constituency which he continued to 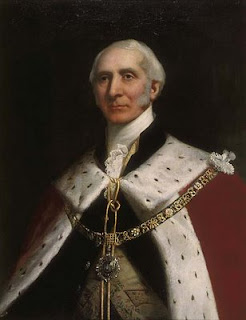 represent until his death in 1873. In the interim, Salomons was knighted in 1855 after being elected the first Jewish Lord Mayor of London (see picture to the right) and in 1869 received a baronetcy. And while Rothschild, once admitted to the Parliament, never spoke in that body, Salomons remained an active member giving more than 250 speeches in his Pariamentary career.

The oath WAS indeed useless, out of date (by the 1850s) and offensive. And let me raise another point.

Jews were not able to take a degree at Oxford until 1854 and at Cambridge until 1856. In those years, passage of a reform act at least abolished the religious test for graduation (although other difficulties remained for Jews).

In some sense I suppose that was to be expected since the universities had largely been used to educate Christian clergy. However it was becoming increasingly apparent that British universities would be important for scholars in a wide range of non-clerical professions, including the law and government.

What is the relevance to Lionel de Rothschild and David Salomon? Todd Endelman (The Jews of Britain: 1656 to 2000) found that the path to social acceptance for Jews HAD to run through the City of London, not Oxford and Cambridge. Thus it was, as you say, a painful battle for David Salomon to take his seat and to vote in the Parliament. But it was with ease that Salomons was elected Lord Mayor of London in 1855 and knighted.

The restriction for non-Anglicans at Oxbridge lead to the establishment of University College London early in the 19th century - the "godless hole in Gower Street" as the Bishop of London called it, establishing King's College London to counter-act it.

The first practising Jew to sit in the House of Commons in accordance with the law was Rufus Isaacs, MP for Reading. He bacame Lord Reading, and for a few years during the Great War was the Viceroy of India. It would be interesting to know if his Jewishness caused any cultural-religious animosity in the Subcontinent.